How to Know If You Will Like a Comedy Show

If you are looking for a comedy show to go and see, it can be difficult to know the one that you will like. Indeed, simply reading the comedian’s name or the title of the show is often not enough to make a decision. The last thing you want is to see a random show and be disappointed.

But, there are a few things you can do in advance to find a comedy show you will like. From researching the comedian to asking your friends, here are some tips that can point you in the right direction. 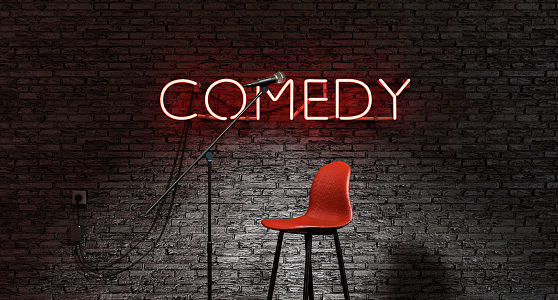 First of all, a good place to start is by considering the venue. For example, if you are looking at a venue somewhere busy like London, whether it is Covent Garden or Leicester Square, you can expect the comedians to be better here than in other places. After all, comedy clubs here will be popular and busy.

So, take a look at the venue before the show. If it is a popular one that everyone loves, this can be a good place to start. For example, check out Comedy Carnival for comedy shows in London you can’t miss. There are a lot of popular comedians that have shows here during the week and at weekends. It is likely that there is going to be at least one comedian that you want to see.

Something else to consider is the type of humour. You want to look for an entertainer that has the same type of humour as you. After all, if you are not a fan of impressions and slapstick comedy, this is not going to be the right show for you.

Do some of your friends go to comedy shows? Perhaps this is how you started to hear about them and want to try them out for yourself. Well, a good place to begin is by asking them directly if they think you will like a specific comedy show. They may have already seen it, heard things about it or know of the comedian.

Since they also know what you are like, they can make a judgement on whether they believe you will like the show or not. Of course, you are going to be the one making the final decision. But reassurance or caution from a friend can be valuable.

If you are choosing a comedy show by a comedian that is well-known, people are likely to have reviewed them online. Indeed, this is going to be valuable information that can help you make a decision on whether it is going to be the best one for you or not. So, you can simply Google the show or comedian’s name. This is going to bring up a range of information you can check out. There might be extensive reviews you can read or there can be comments left under a YouTube video. Take some time to read feedback about the show in advance to help make your decision.

Of course, you do not want to trust completely everything you read on the internet. Humour and comedy shows are subjective, which is something that you have to remember. Just because everyone hated something does not mean that you will too. So, take everything you read with a pinch of salt. But, if you see everyone saying the same thing about a show, there might be some truth to it.

Sometimes, you can think a show is going to go a particular way and it surprises you. The lesson to take from this is that not everything is what it seems. So, when you choose to go to a comedy show, make sure that you stay open-minded. Try not to have a preconceived notion about how the show is going to go and see if you will like it. Sometimes, you can be surprised and actually have a good time.

Of course, this one is easier said than done. You want to do some initial research on the comedian first. But, just be open to experiencing new things and if you do not like it, at least you can say you tried.